To support and encourage developing diversity in fisheries science, AFS offers the J. Frances Allen Scholarship.  This prestigious scholarship is open to women enrolled in PhD programs who were members of AFS as of December 31st, 2014.

The full list of Parent Society awards is available here.  All applications/nomination are due April 1st, 2015. 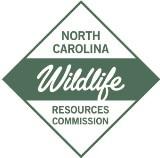 In recognition of individuals who provide leadership in the conservation of wildlife diversity in North Carolina, nominations are being accepted through February 10th for the Thomas L. Quay Wildlife Diversity Award.  A nomination form & explanatory essay can be submitted by mail, fax, or email.

The award is named for the late Thomas Quay, who was a retired professor of zoology at N.C. State University and self-described “full-time volunteer and unpaid environmental activist.”  The 2015 Quay Award will mark the 10th time the Wildlife Commission has awarded this honor.

AFS will post the list of accepted Symposia proposals on February 20th.  Remember, you have until March 13, 2015 to submit your technical abstracts.  Meeting information available here.

In addition, don’t forget the AFS 50% off membership special for new members, now through March 12th.