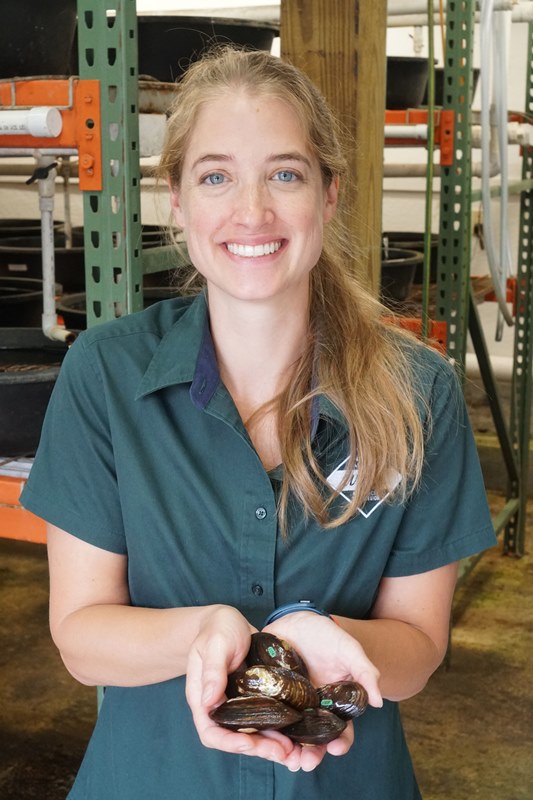 Rachael coordinates the Conservation Aquaculture Center at NCWRC’s Marion Fish Hatchery and she was a co-instructor of the 2017 NCAFS Continuing Education workshop at this year’s Chapter meeting, teaching fellow members about freshwater mussel biology and identification.